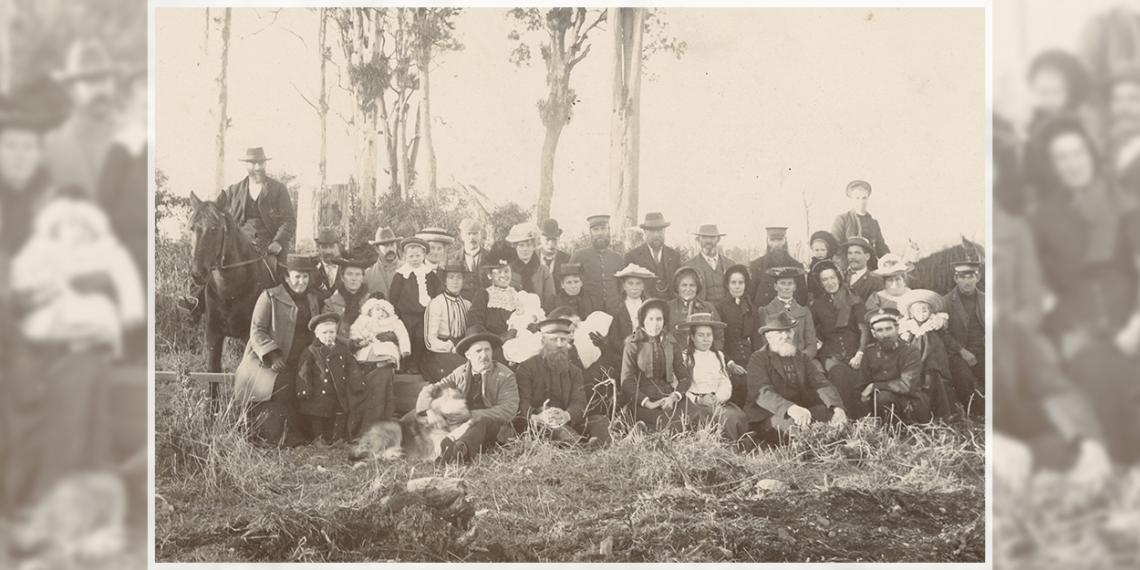 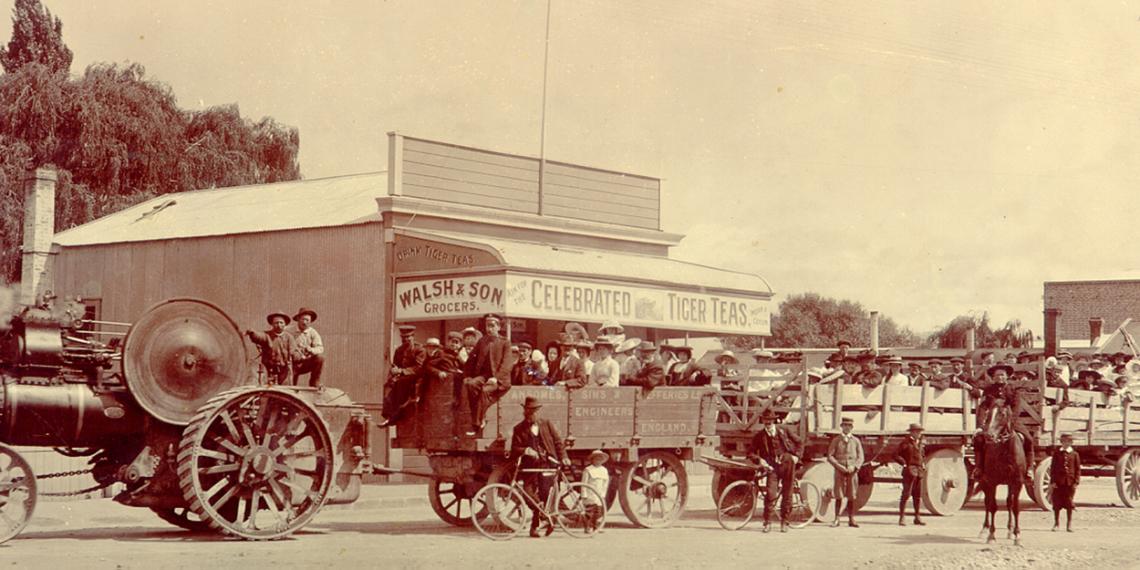 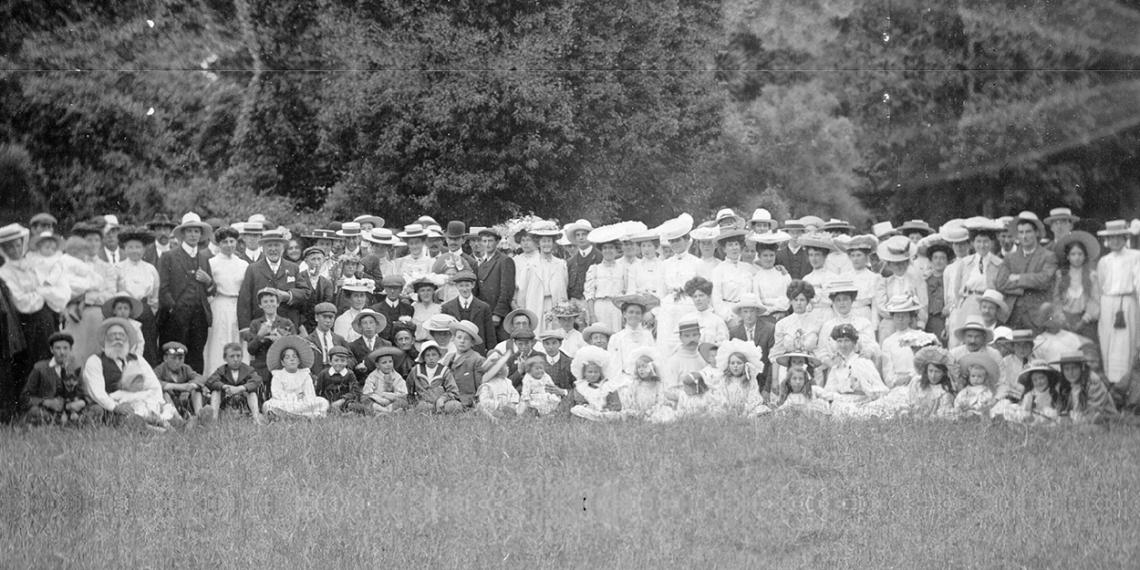 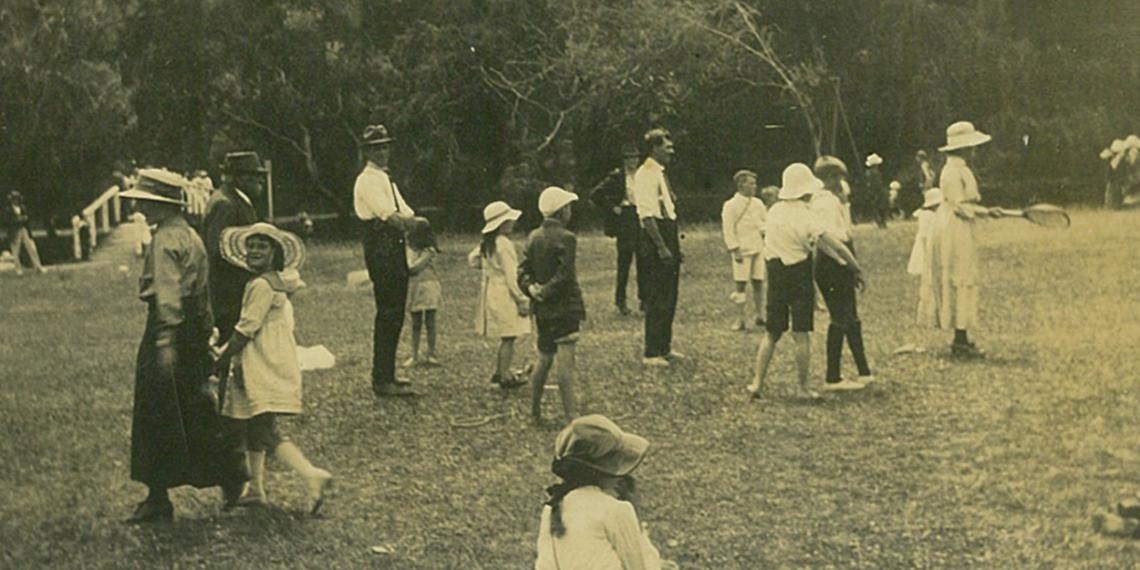 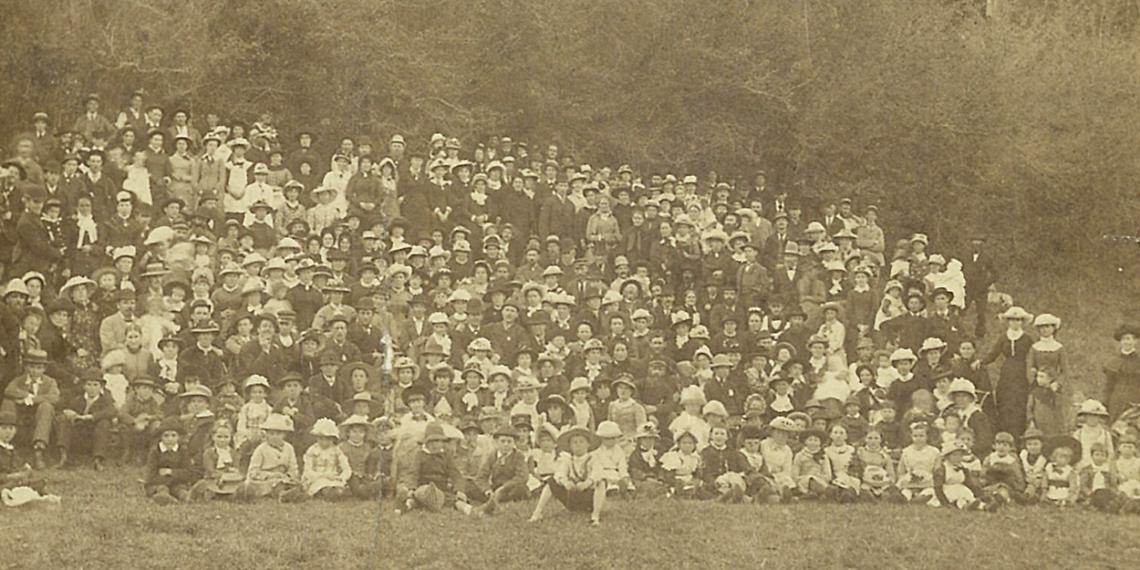 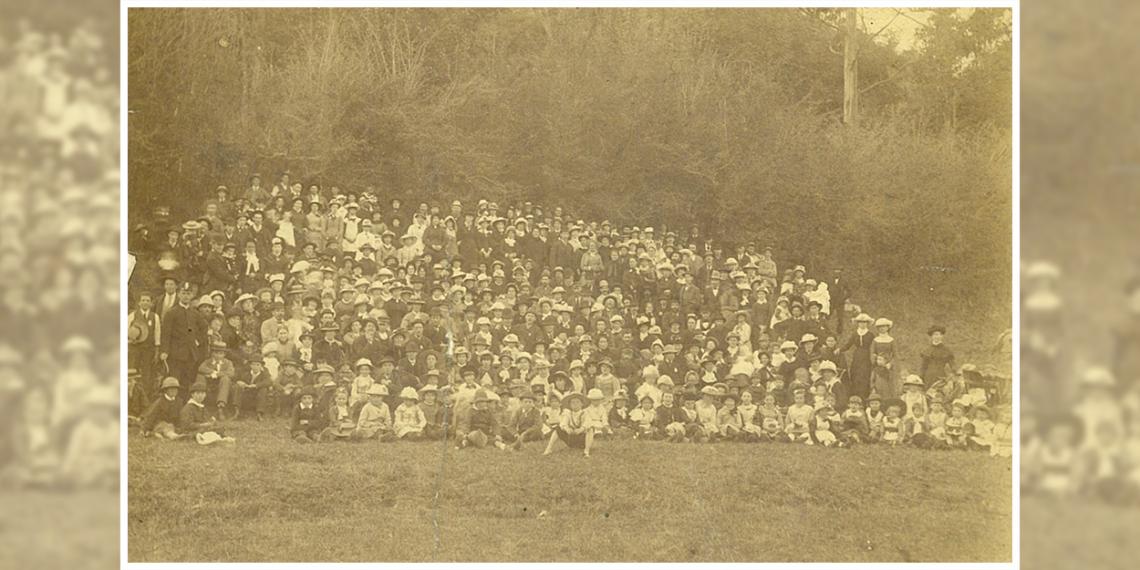 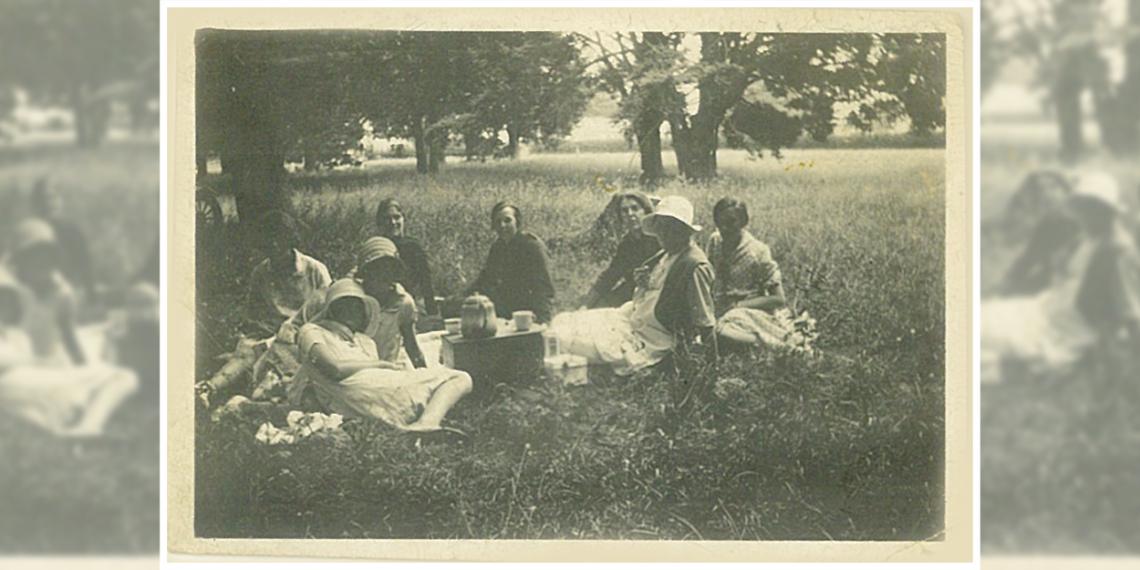 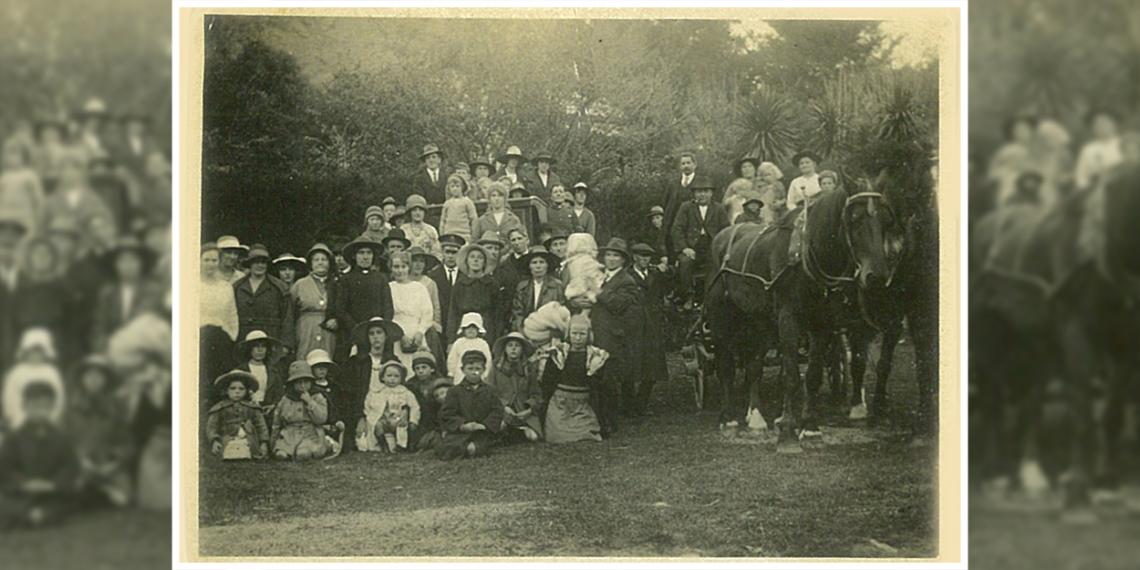 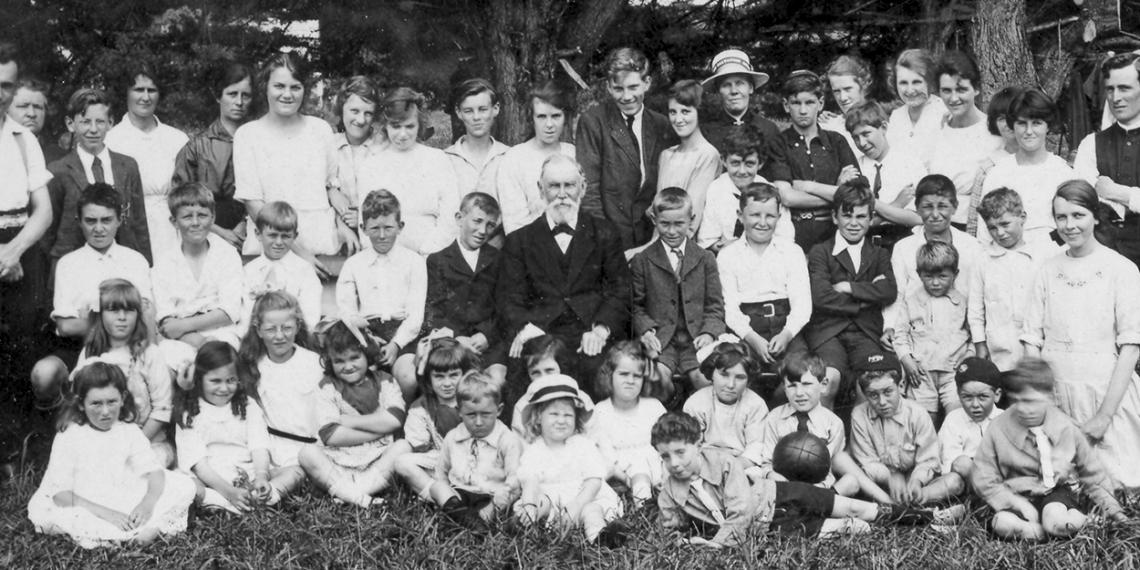 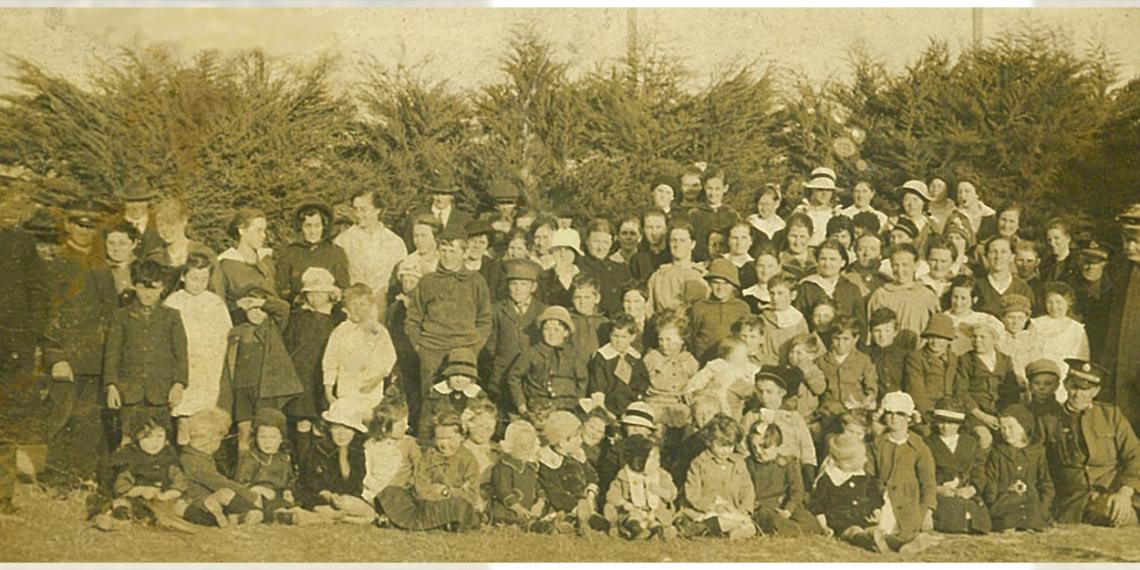 Picnics were a traditional way for Victorians and Edwardians to relax and enjoy the outdoors. Articles from The Salvation Army’s War Cry, during the 1880s until the 1920s, provide extensive coverage of corps picnics throughout New Zealand. Images that survive show large groups of people formally posed in their “Sunday Best”, happily enjoying the day out. While some picnics were intended primarily for the Young People’s Corps (Sunday School), images show large attendances of both children and adults alike, socialising and having fun with smiles on their faces. Music was provided, games were played, and food eaten. 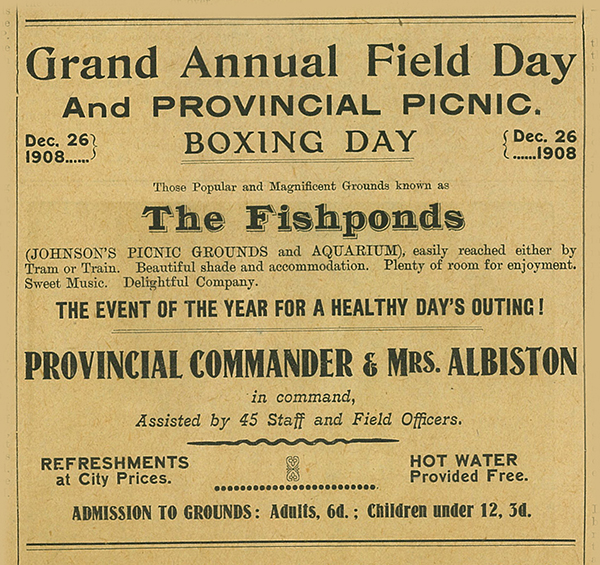 Farmers lent paddocks and landowners offered the use of their grounds, while local domains, parks, lakes, rivers, and the beach were listed as venues. Bands marched in front of picnickers as they walked to the venue and drays, traction engines with wagons, trams and trains were all utilised as picnic transport.

Boxing Day is mentioned in The War Cry as a popular time for picnics as was Easter and this would have reflected days when people were not expected to work. Waihi Corps held a Juniors picnic on Miners’ Union Day in 1916. Corps at Ōpotiki, in 1902 and Blenheim, in 1906 celebrated the King’s Birthday with a picnic.

Picnics were memorable events, and some held with much style.

“The Great Salvation Picnic at The Hallelujah Dairyman’s Farm Cashmere” is the title of an article, written by Staff- Officer Lawrence, in The War Cry 19 April 1884. On “Easter Monday the Sydenham Corps, with their band and banner marched up to the Salvation theatre, Christchurch, where they were joined by the Christchurch Conquerors...after some singing and prayer, all formed into a procession and marched to the Sydenham Barracks…Mrs Captain Burfoot, Captain Bedingfield, Secretary Ross, Sergeants etc, to the fore. We arrived safely at our place of outing after a three-mile drive…while having refreshments, the graces, from the different groups as said or sung became quite audible. At 12:30, meetings commenced in different parts of the paddock, kindly lent for the occasion by Brother Pepper, The Hallelujah Dairyman…We had glorious times and one got saved. Praise the Lord! Amusements of an innocent and harmless nature were indulged in.” 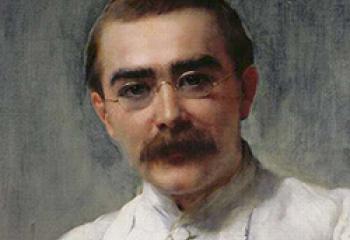 Joseph Rudyard Kipling was born on 30 December 1865 in what was then known as Bombay, India, several months after his parents had sailed from...