Who was Rachel Matthews? | What letter did she sign in Dunedin in 1882? | Heritage Centre & Archives
Skip to main content

Home / Who was Rachel Matthews? | What letter did she sign in Dunedin in 1882?

Who was Rachel Matthews? | What letter did she sign in Dunedin in 1882? 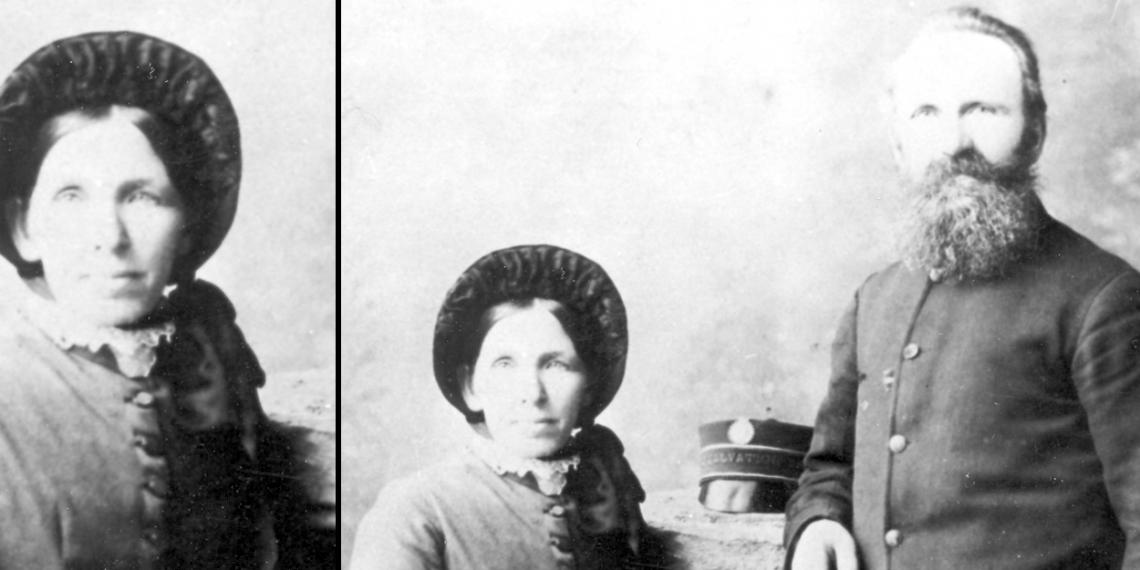 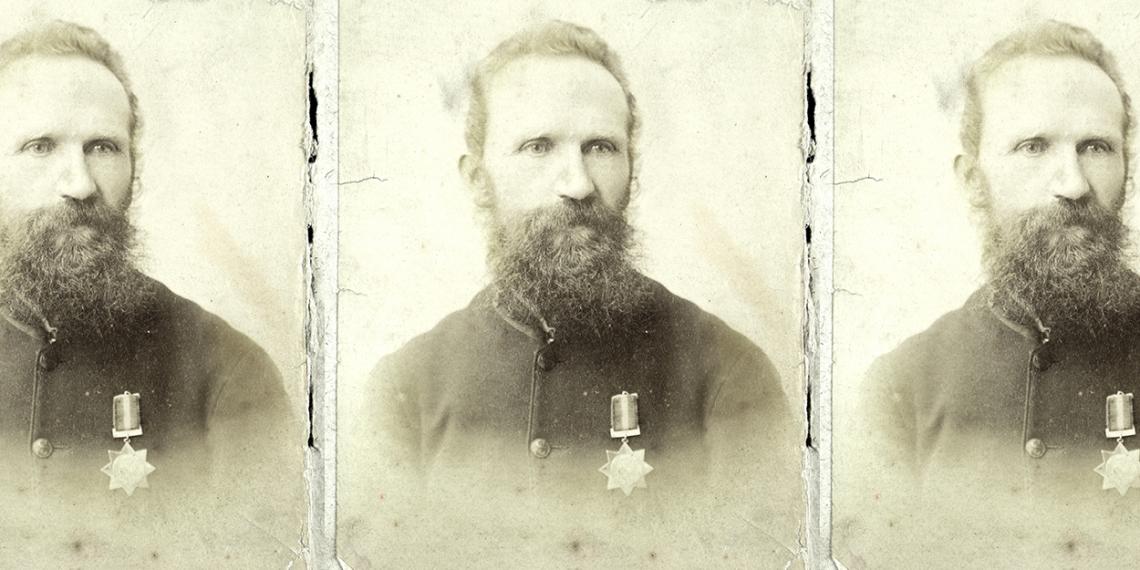 Rachel Matthews and her husband Alexander were among a group of people who attended regular prayer meetings in the home of Mrs Caroline Valpy in St Clair, Dunedin. Mrs Valpy was the widow of Judge William Henry Valpy Snr, who had retired to New Zealand from India with his family, arriving in 1849. He became a wealthy and influential pioneer businessman in Dunedin.

Aware of the economic and social hardships in Dunedin and knowing of the work of The Salvation Army in Britain through newspaper reports, Miss Arabella Valpy, the fourth daughter of Caroline and William Valpy, penned an earnest letter to William Booth, General of The Salvation Army, in London, on 5th April 1882.

The letter was written on behalf of two others and read, ‘Dear Sir, - can you see your way to send to the rescue of perishing souls in this respectable and highly favoured city? Herewith please find a draft of £200. The Lord reward you and yours.’
It is significant and not often acknowledged that three signatures accompanied this letter and bank draft, Miss Arabella Valpy, her widowed mother Mrs Caroline Valpy and Mrs Rachel Matthews.

General William Booth responded to this request, by sending Captain George Pollard and Lieutenant Edward Wright, from London to New Zealand, to officially start the work of The Salvation Army. They arrived in Dunedin on the 27th March 1883 and the Army’s first official service was held there on Sunday, 1 April 1883.

Alexander Matthews, at the age of 48, accepted a Staff Captain’s commission from Captain Pollard on 15 May 1883, having given up his accountant’s position in the firm of Guthrie and Larnach. He became the First Secretary of the New Zealand Division, which was part of The Salvation Army’s Australian Territory and he was the first editor of the New Zealand publication of The War Cry.

Staff Captain Alexander and Mrs Rachel Matthews later transferred as officers to Melbourne. Alexander died there aged 76, in 1912 and Rachel died in 1915. 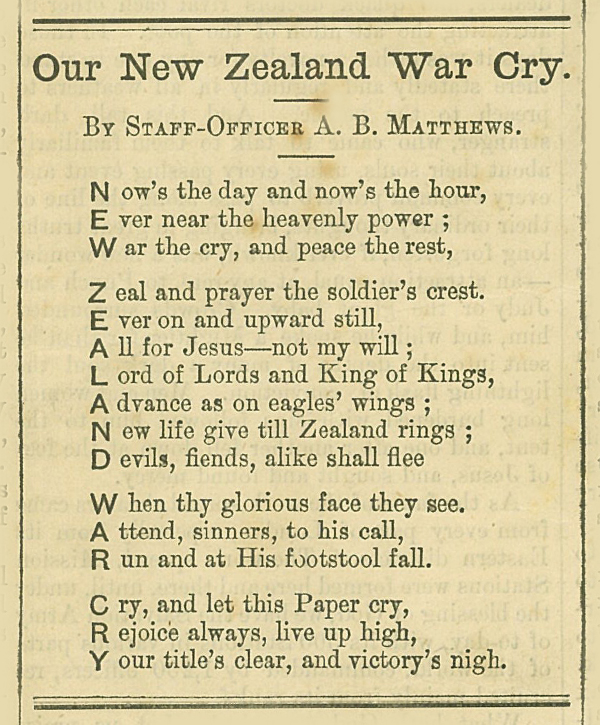 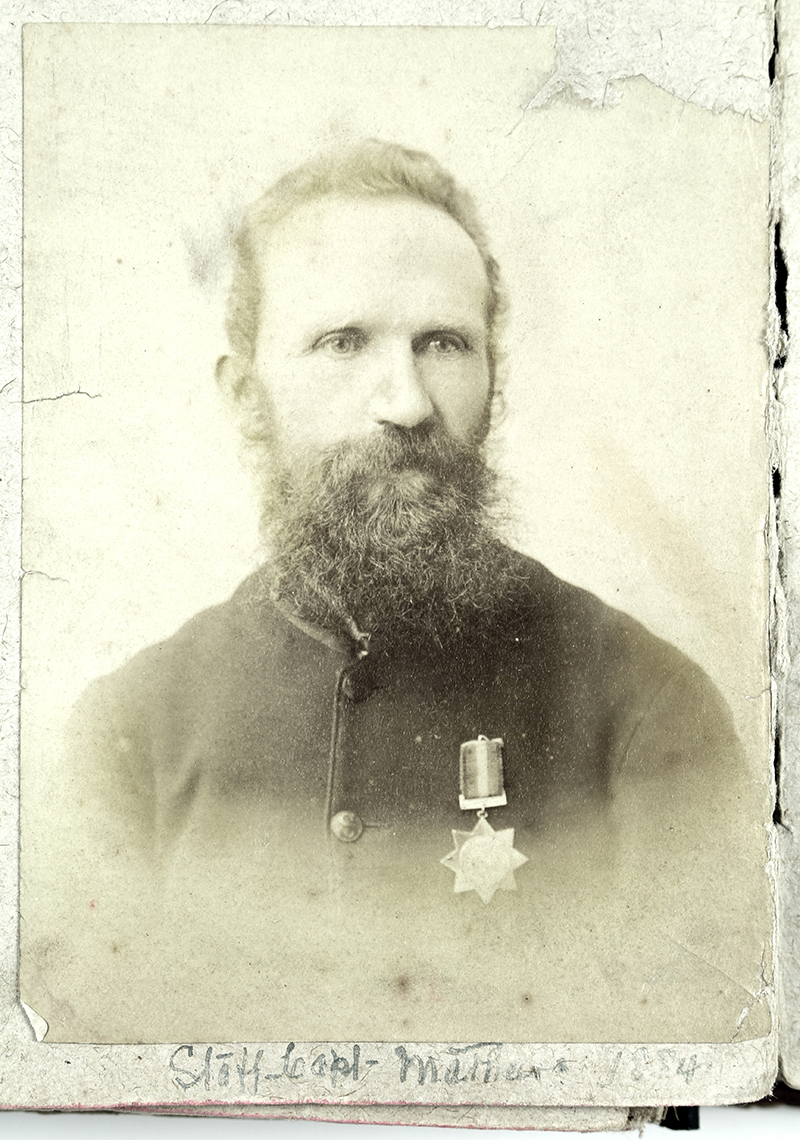