Home / How the Red Shield Appeal came to be

The History of the Appeal 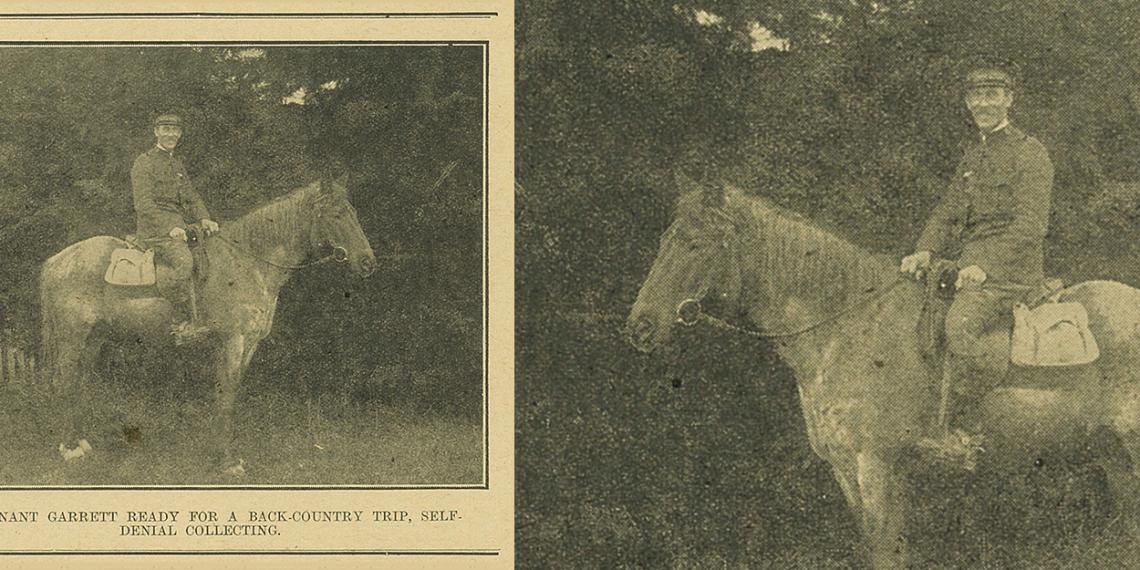 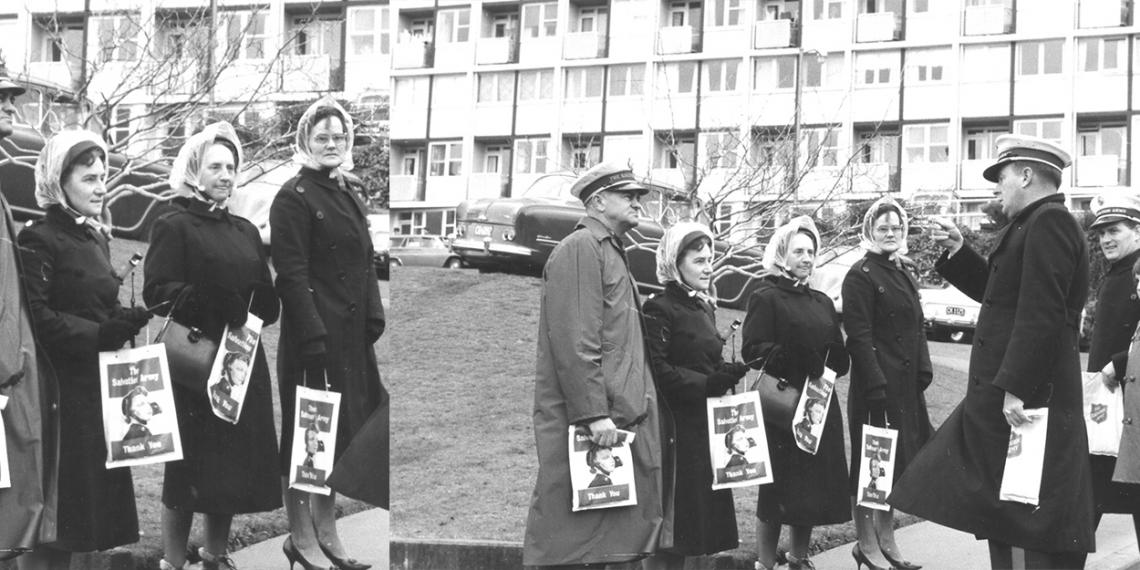 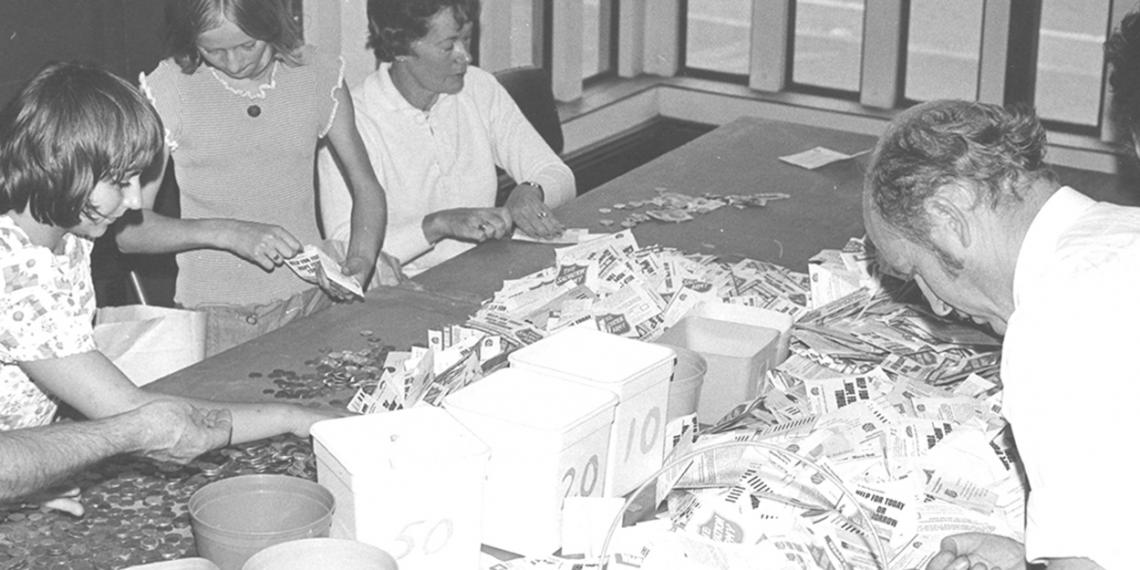 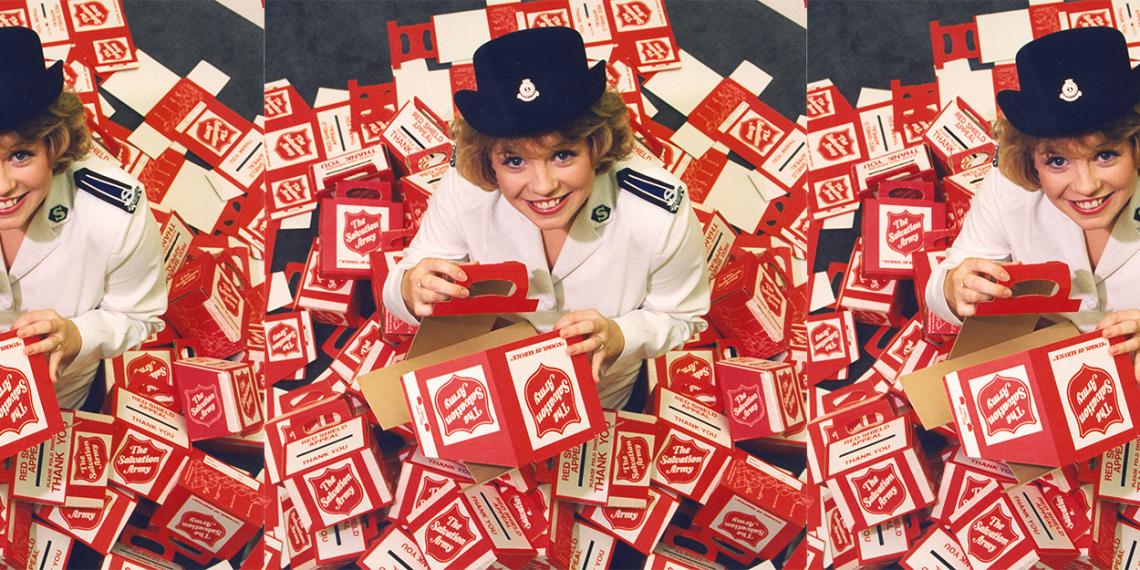 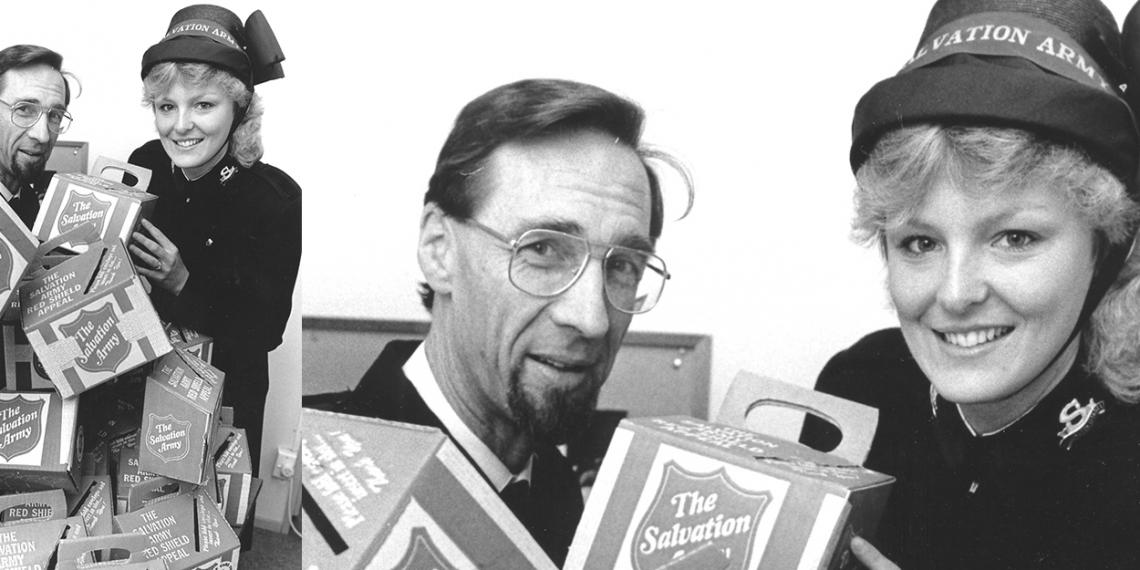 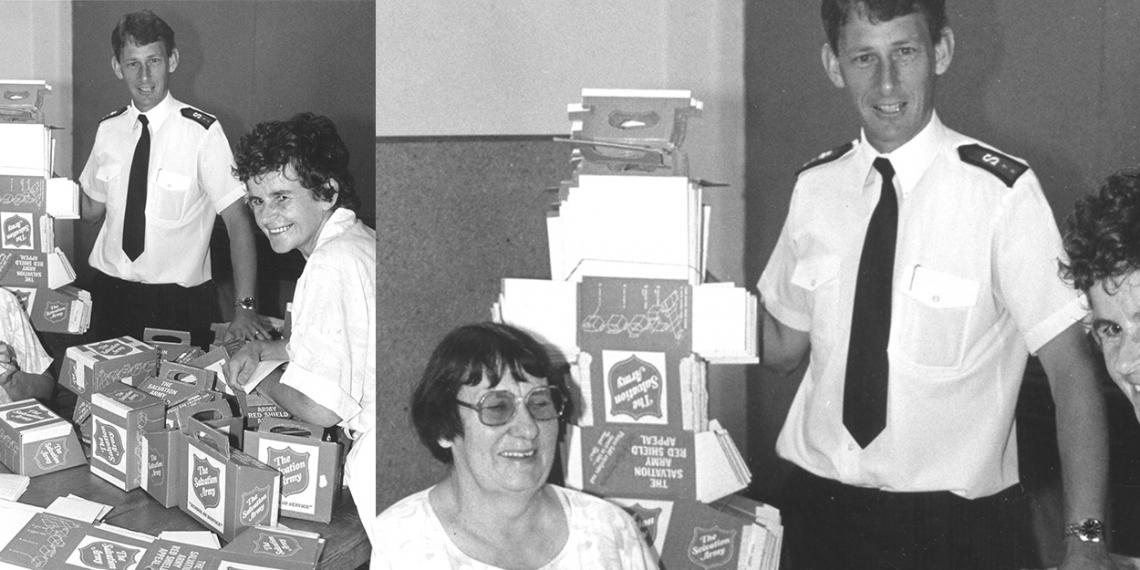 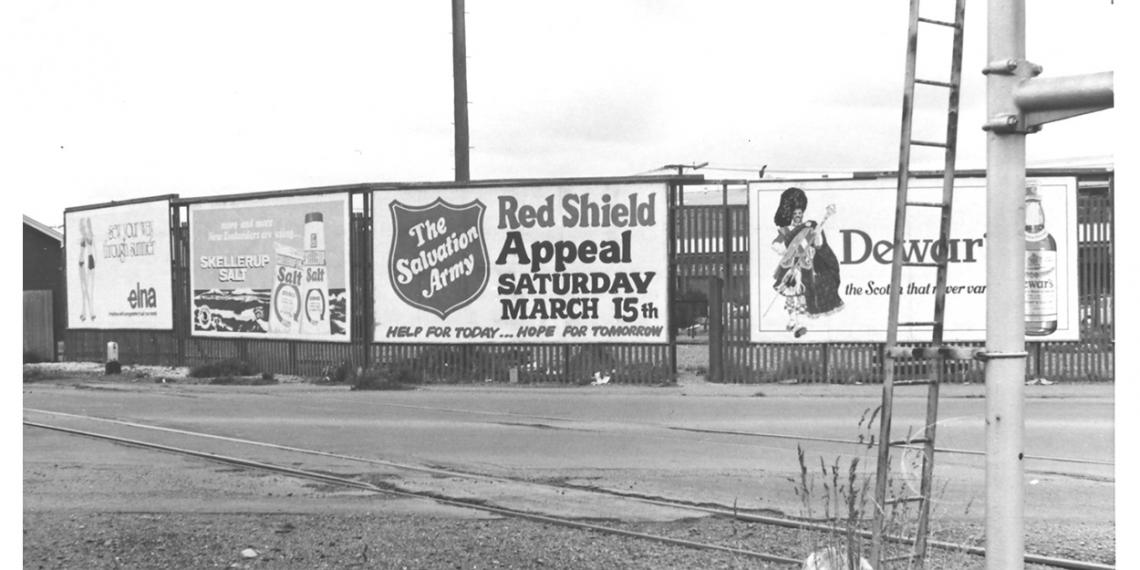 The History of the Appeal

Excerpts from “A History of the Public Relations Department “ by Rodney Knight, 1986

The recorded history of the Salvation Army abounds with references to people who gave sums of money voluntarily or upon request. The first such reference tells of the financial help given to the Christian Mission in its very first year, 1865 by a Mr Samuel Morley M.P., Manufacturer and Philanthropist. Morley's generosity continued through 1885, when he contributed $4,500 (NZ) to Women's Rescue work.

These are but a few of the many recorded examples of giving from members of the public in those early years. The Self-Denial Effort in 1895 brought in $86,000 (NZ). An interesting early reference to finance provides a heading, 'The Business Side of Soul-Saving'. That description aptly describes the history and purpose of the Army's Public Relations fundraising programme.

As time passed, Officers were involved in the raising of money and in the early days soldiers were given districts or wards to collect. This continued for some years, but appears to have receded a little in the earlier part of the century, with most of the burden falling upon Corps Officers. A few soldiers assisted the Officer involved a good deal of prolonged and sacrificed hard work.

When Captain Pollard launched his attack on Dunedin with only thirty shillings in hand, he had faith that the Lord would provide, but at the same time he made it clear to his new converts that they now had a responsibility to help, even though most of them were poor. He had no compunction about appealing to the affluent for assistance in his campaign against sin and misery. In the very first year of the Army's service in this country, advertisements were placed in the War Cry announcing the formation of a league to be known as the Salvation Army Auxiliaries. Those were to comprise two categories - subscribers and collectors.
Subscribers would pay at least one guinea each year and collectors would give or collect not less than ten shillings per quarter. It is interesting to note that Miss Arabella Valpy, who had sent the original bank draft of $400 (NZ) to William Booth in 1882, was a regular auxiliary subscriber right up to the time of her death in 1910.

The Self Denial Appeal was introduced in England in 1886. William Booth proposed 'a week be set apart in which each soldier and friend should deny himself of some article of food or clothing which can be done without'. In 1888 the idea was extended internationally and became a public appeal as well as an exercise in self-denial by salvationists.
It has provided one of the main sources of the Army's income down the years.

In 1890 New Zealand raised $2,062 for the Self-Denial Appeal.
The main use to which the money was put was, first, the overseas missionary work of the Army and second, making up the deficits of the social services of the Army.

Year by year, usually in October, the Self-Denial Appeal laid its heavy claim upon Officers, who would face the task of calling on every house in their corps district. A few faithful soldiers would often help but the burden inevitably fell on Corps Officers. The Appeal was marked by keen inter-corps and inter-divisional rivalry 'In-gathering' nights were held at each division when corps results were flashed onto the screen, or announced in some other way.

Musical Groups toured the country to raise money for the Self-Denial Appeal. Notable among them was the Biorama Musical Group with its moving pictures under Major Perry - this programmed having distinct similarities with the objectives of the present Public Relations Department video service.

In 1964 the public appeal part of the Self Denial appeal was renamed Red Shield Appeal. Householder envelopes were introduced on a national scale and teams of collectors were organised as far as could be arranged all over the country to cover the area on one Saturday morning. It was a very significant breakthrough in the handling of the residential appeal. Some Corps had been for four or five years experimenting with teams of collectors – notably Newton, Palmerston North and Christchurch but it was not until 1964 that it became Territorial Policy for the Appeal to take place on one day of the year. A change in timing was also introduced and the collection was to take place in early March rather than October.

During 1973 the Public Relations Secretary, Brigadier Geoffrey Sampson, at the suggestion of the Territorial Commander, Commissioner Ernest Elliott, enlisted the help of Envoy Wally Morris of Auckland to conduct the first of four territorial 'drives' in the interests of Army funding.
The Brigadier with the Envoy toured the land setting up a more efficient pattern of Advisory Boards, establishing committees to mastermind the Red Shield Appeal organisation and to transfer the Red Shield Appeal to the control of Public Relations Officers. Copious notes were introduced as manuals of guidance for various levels of organisations.
The Doorknock-Business Appeals were linked in one total effort. It was a worthy experiment - but like several others of its ear, moved rather too quickly and failed to take root. Income in 1974 did improve, but the pattern throughout the territory was very irregular.

There was a further national tour of Corps directed by Wally Morris in which the “Monday Blitz” was introduced. This instigated a change of day from a Saturday collection to a Monday one. It was thoroughly researched by Wally Morris and was in place for decades.
The change to a week day collection was over time used by other organisations.

Envoy Wally Morris was asked by the Public Relations Dept to give the Residential Appeal a big boost along. Wally took advantage of the unemployment situation and the availability at no cost to the Army of Employment Scheme Workers to carry out a clear pyramid structure using 'Friends in the Street'. It was really just a variation of the 1976 theme! There were however one or two subtle changes. Amongst them was a transfer of work responsibility onto Divisional Commanders. P.R.O's were to be 'Support Officers' - the work horses of the Red Shield Appeal. Most of this latest plan was acceptable and successful."

Due to a variety of changing circumstances The Salvation Army Army’s Red Shield Appeal was relaunched. It continues in much the same format today. A War Cry  article from April 6th 2002 details the relaunch. 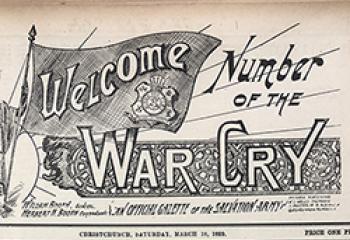 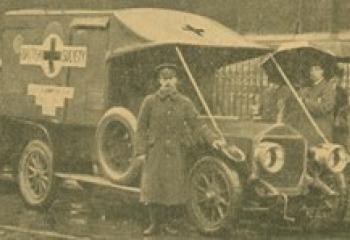 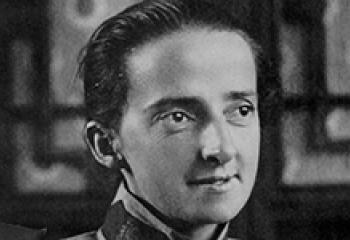 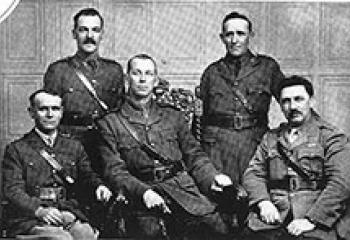